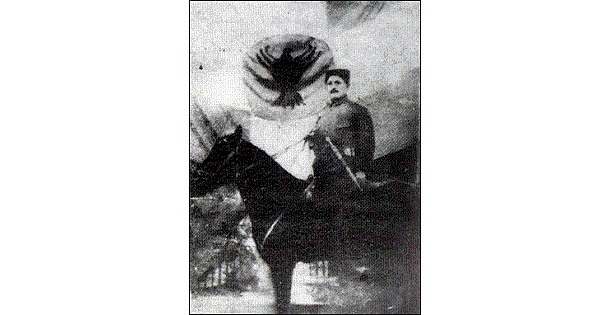 Stylianos Kosmidis was born in 1886 in the village Kovtsapogar (or Kovtze Pougar) which is located 10 km north west of Samsun. His brother Ilias Kosmidis was a leading gunman in the region. Ilias died at Okse (Όξε) and his death resulted in a large outpouring of grief amongst the Christians of the region. His brother Stylianos (also known as Istyl Agas) replaced him, and was later placed in charge of the entire Samsun region, second in charge being Konstantinos Papoulidis from the village Okse (Όξε), George Tsakalis and Yiagkoula. He died in Drama, Greece in 1940. On his grave in Drama two other names are present: Maro Kosmidou (born 1922, died Drama 1943) and Kiriaki Kosmidou (died 3.1.73, age 75).

Source: Translated from Greek text accessed from www.akritesserron.gr  on 16 Nov 2011.