The Monastery of Saint John Vazelon 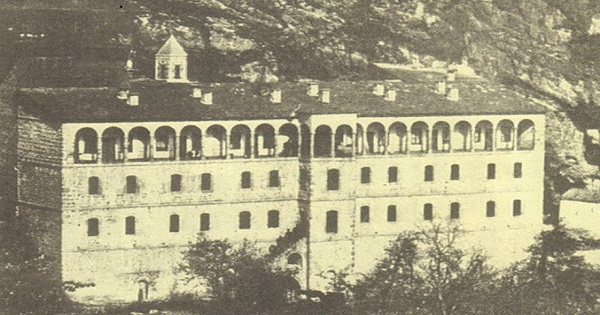 The Monastery of Saint John Vazelon, otherwise known as Vazelon Monastery is the oldest monastery of Pontus and named in memory of Saint John the Forerunner (Gr: Αγίου Ιωάννου Προδρόμου). It was built in 270 AD in the Maçka region of modern day Turkey close to the Sakhnoi and Kounaka villages 40 km south of Trabzon beside the Pritani river. In earlier times it was called Zavoulon however it was later named Vazelon. 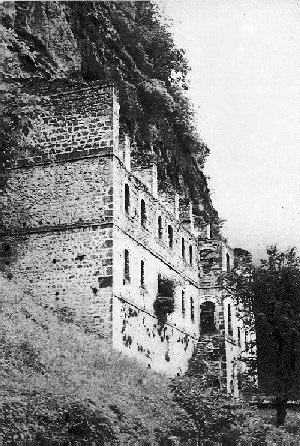 In 1821, Chrysanthos, the Prior of the monastery was able to avoid a general massacre of the 40 surrounding Christian villages via diplomatic means by the use of the monastery's enormous wealth. Of the monastery's rich archives only one item was saved and is now located at the Leningrad Museum. Following it's final destruction in 1922, the monastery's last monk Dionysios Amarantidis, saved the icon of Saint John the Forerunner which he transported and guarded at the monastery of Agia Triada in Serres, Greece.

Dr. Ismail Köse, lecturer at the Karadeniz Technical University in Trabzon, describes the layout of the monastery as follows:

"The ground floor’s entrance, the windows and the doors of the monastery, which have an entrance in the west, are closed. As one climbs the stairs, she/he can see three rooms in each narrow corridor. There is a huge dining hall, kitchen and a large refectory. Next to these are three Byzantine basilicas and a vaulted cistern. In the ground floor of the monastery there are stairs marching up into a small hall. There are six rooms located in two sides of corridors. At the top of the MOnastery there is church built in front of a cave."

The interior of the monastery is adorned with a fine selection of paintings and iconography depicting various Christian events and Christian Saints. 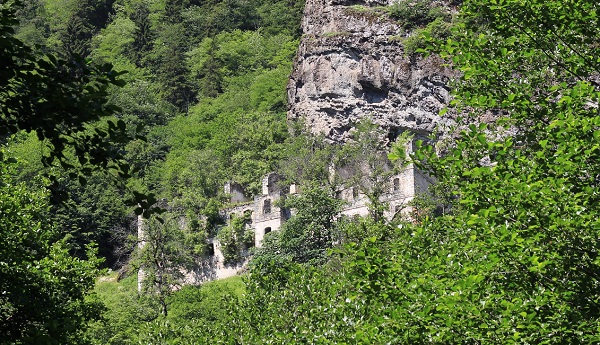