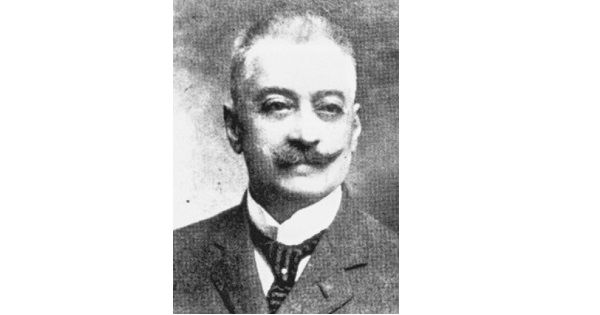 Born in Trapezunta (today Trabzon) Pontus in 1856, Konstantinos Konstantinidis was a merchant and one of the first to initiate the movement for an independent Republic of Pontus. He was the president at the Pan-Pontian Congress of the Greeks of Pontus which took place in Marseille between the 22nd of January and the 4th of February 1918. His father was the notable Captain Yorghi Pasha, mayor of Kerasunta (today Giresun). His mother was from the well known Hatzicakouloglou family of Trapezunta. He spent his childhood years in Kerasunta, then moved to Athens to further his studies. He remained in Athens until 1878. At the age of 22 he moved to Marseille to live with his uncle Dionysios who worked as a merchant. He lived with his uncle for 4 years.

In 1883 Konstantinos opened his own merchant company with immediate success. Within a few years he became the biggest exporter of hazelnuts in Marseille and western Europe. At the same time he was responsible for increasing the import and export of all types of dried fruit. During the war years (1914-1918), he helped and supported various people including students of Pontic Greek descent to continue their studies at a time when their parents were being marched to their death by the Kemalists.

From 1918 onwards, Konstantinidis become a protagonist in the movement towards an independent Pontus contributing not only with his time but also financially. On October 1917 following the Bolshevik revolution in Russia and the exit of Russian troops from Pontus, Konstantinidis sent letters from Marseilles to Pontic Greeks worldwide to prepare for the common cause. At the same time he appealed to the Entente putting forth a proposition for the formation of an independent Pontic Republic. He sent promotional leaflets comprising the map of Pontus, and in Greek and French text added slogans calling for Pontic Greeks to stand up and demand their right to independence. 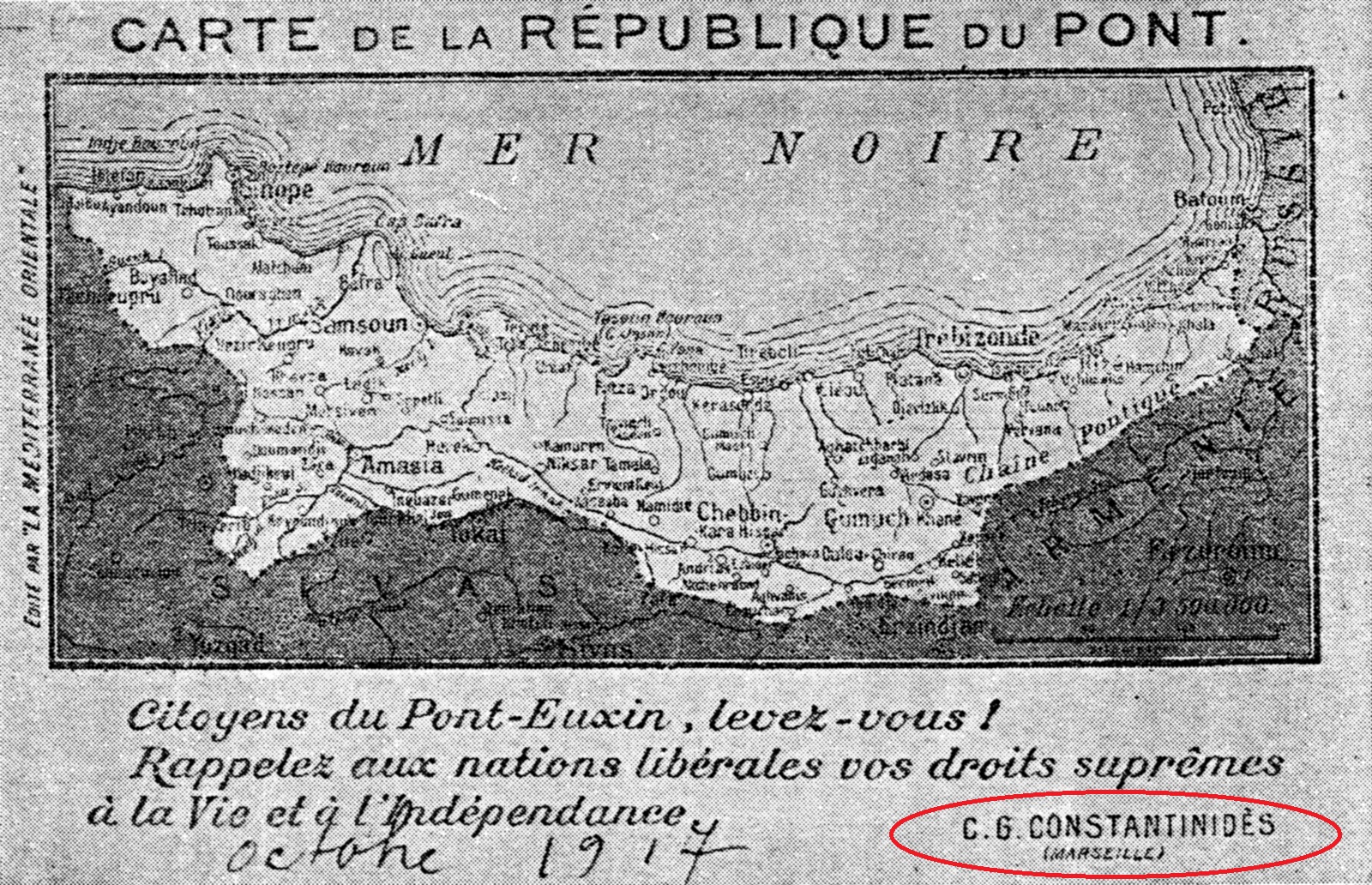 Postcard map of the projected Republic of the Pontus, 1917. Source

On the 13th of November 1917, he wrote a letter to the organization Pontos in Athens advising them that he had talks with the Greek Prime Minister Eleftherios Venizelos who was encouraged by the moves towards independence, and in fact gave his support and guaranteed the movement. From the outset, Konstantinidis was keeping the Greek government informed of his work, however as time went by, the Greek Government gradually withdrew their support.

Konstantinidis sent letters to world leaders asking for their support for an independent Pontus and was also advised of such efforts by others worldwide. He was also in close contact with the Greek delegation which took part at the Paris Peace Conference in 1919. Just prior to his death in 1930, Konstantinidis donated 44 pieces of his own valuable artwork to the Greek National Art Gallery. He also donated his extensive book collection to the Aristotelian University of Thessaloniki.