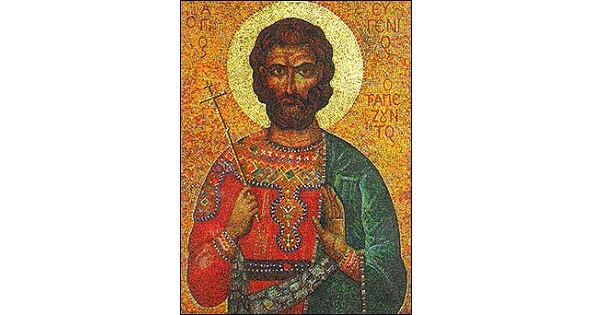 Evgenios was born in Trebizond (today Trabzon) and became a martyr and patron saint of the city. He was martyred following his death during the time of Diocletian (292 AD). After his death, a cult was devoted to him - probably in the 5th century1. Later, the Grand Komneni considered him their patron saint which is evident by the many representations of him on the coins and emblems of the Empire of Trebizond2.

Evgenios along with 3 others; Kanidius, Akylas and Valerianus, refused to renounce their Christian faith and were tortured and killed by Commander Lysias in the most satanic way, by beheading.  It is also believed that Evgenios also destroyed a local sanctuary dedicated to the pagan god Mithra3. The death of Evgenios confirmed the Christian faith of the people living in Pontus . From then onwards Saint Evgenios has been honored as the teacher and protector of Trebizond. Today he is honored each year on the 21st day of January the day of his martyrdom and in particular in Kalamaria, Greece. 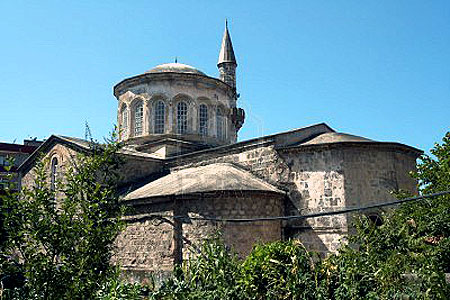 The church of Saint Evgenios in Trabzon